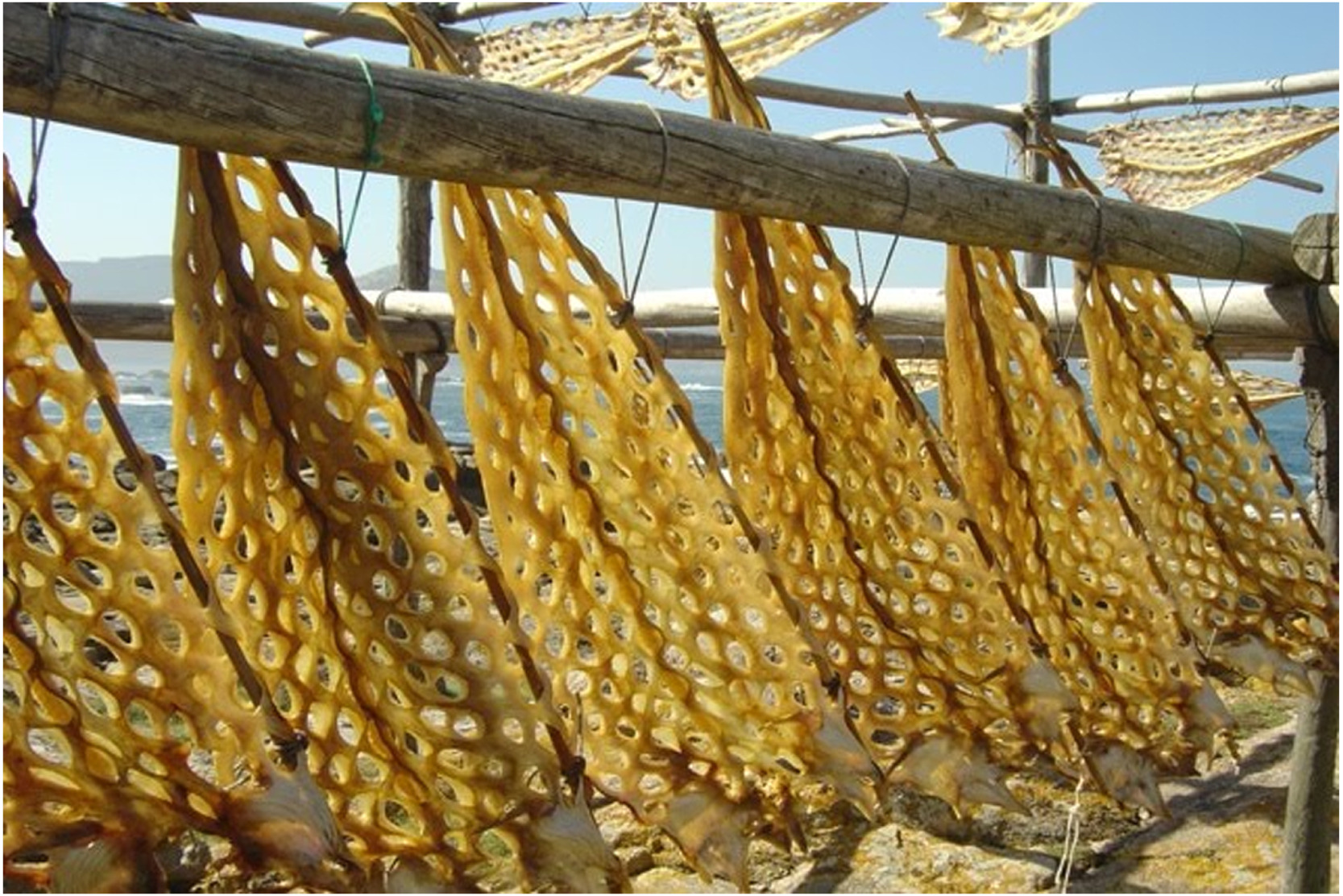 Marine vertebrate remains recovered from archaeological sites represent a rich resource for understanding both the history of human exploitation of the sea and the long-term impact of that exploitation. Where systematic scientific observations rarely stretch back more than a few decades, and quantitative historical records become patchy beyond a few centuries, archaeological remains can provide a more continuous record potentially going back millennia, and expanding coverage to regions and taxa for which historical sources are not available. The study of these remains is intermediate between palaeontology and history, not only in terms of the typical time depth, but also in the nature of the evidence. The unique potential of archaeological remains to trace human impact on marine ecosystems over the long term depends upon researchers successfully exploiting this intersection between environmental and cultural evidence —something which few are currently equipped to do, requiring as it does training in both archaeological and biological methods and principles.

The SeaChanges network is convened by a diverse group of researchers from across the disciplinary divide —including archaeologists, archaeogeneticists, zoologists, marine ecologists, and conservation biologists—who share recognition of the value of long-term perspectives on marine resource use and its impact; of the limitations of their own disciplines and training in this respect; and of the enormous missed opportunity that this persistent divide represents for European science. Our overall aim is to train a new generation of interdisciplinary researchers with the diverse skill sets and theoretical background required to exploit the full potential of marine vertebrate remains for combined ecological and historical research, and use this integrated perspective to benefit Europe by informing future management of marine resources.

4. To make a demonstrable impact upon awareness among marine biologists, of the potential and challenges of archaeological material; among archaeologists, of the ecological questions to which their data can contribute; and among stakeholders, policymakers, and the interested public, of the time-depth, potentials, and consequences of marine resource use in Europe’s seas and beyond (WP4).