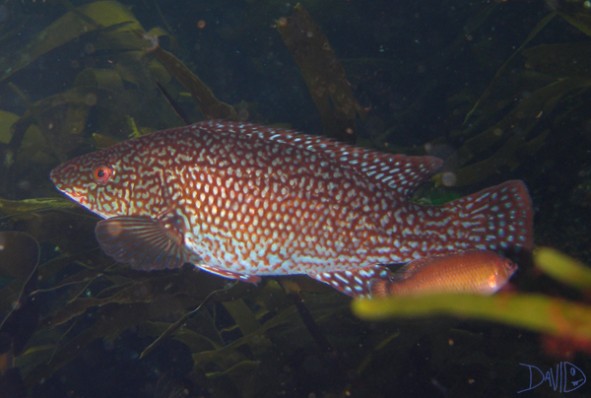 Our last paper on genetic diversity of ballan wrasse along its distribution range:

The distribution and demographic patterns of marine organisms in the north Atlantic were largely shaped by climatic changes during the Pleistocene, when recurrent glacial maxima forced them to move south or to survive in northern peri-glacial refugia. These patterns were also influenced by biological and ecological factors intrinsic to each species, namely their dispersion ability. The ballan wrasse (Labrus bergylta), the largest labrid fish along Europe’s continental margins, is a target for fisheries and aquaculture industry. The phylogeographic pattern, population structure, potential glacial refugia and recolonization routes for this species were assessed across its full distribution range, using mitochondrial and nuclear markers. The existence of a marked population structure can reflect both recolonization from three distinct glacial refugia and current and past oceanographic circulation patterns. Although isolated in present times, shared haplotypes between continental and Azores populations and historical exchange of migrants in both directions point to a common origin of L. bergylta. This situation is likely to be maintained and/or accentuated by current circulation patterns in the north Atlantic, and may lead to incipient speciation in the already distinct Azorean population. Future monitoring of this species is crucial to evaluate how this species is coping with current environmental changes.