During the secong week of June 2018, in the VII CONGRESS OF THE IBERIAN SOCIETY FOR ICTHYOLOGY, Rafa Bañón will present our last contribution to the study of weakfish in Galician waters. 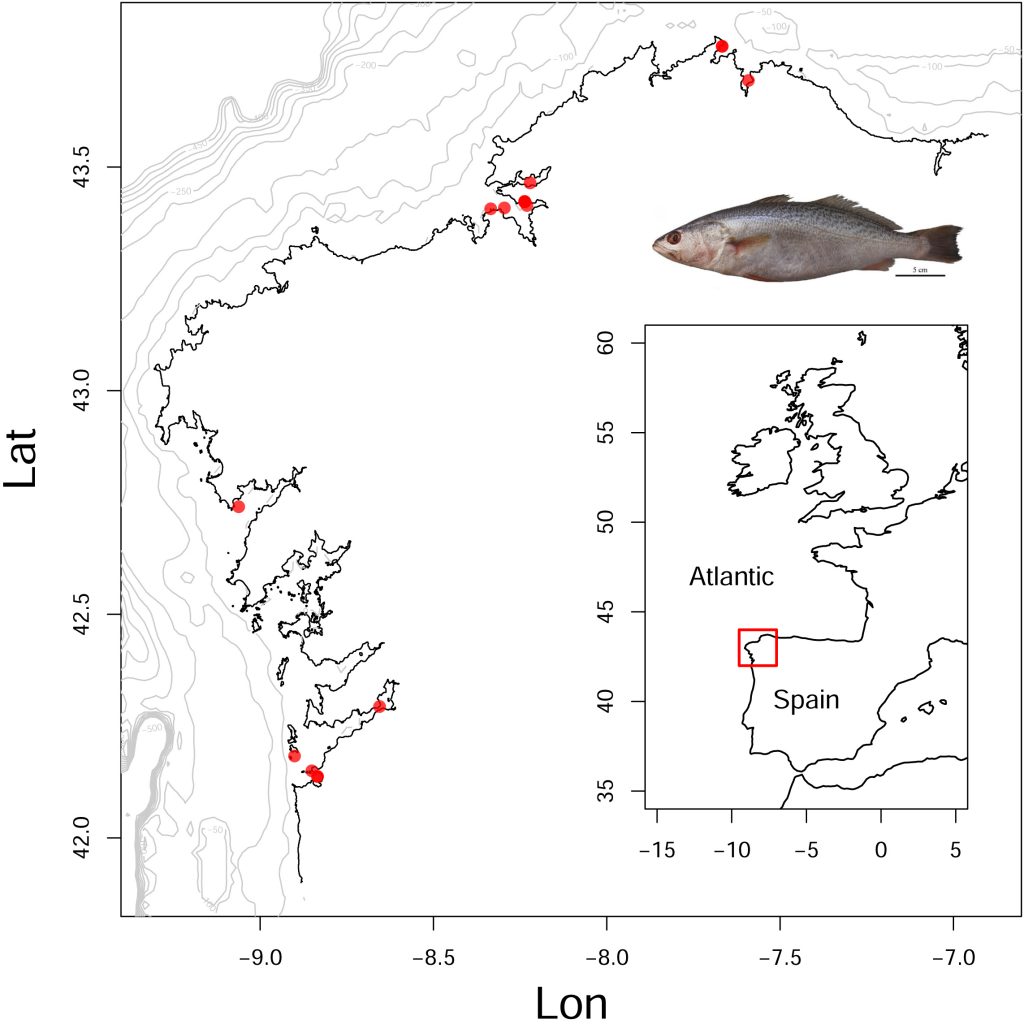 The weakfish Cynoscion regalis is a sciaenid native to the northwest Atlantic, along the North American coast. It was reported for the first time outside its native distributional range in a Belgian estuary in 2009. Six specimens were captured in different locations of northwestern Spanish Atlantic waters in 2016. They were identified by examining morphological traits and DNA sequences within a taxonomic integrative context. A revision of the records of this non-native species in European coastal waters was also carried out. The fact that various specimens of weakfish have been captured in the last 7 years, along with a wide distribution range, could indicate rapid expansion and colonization processes along the northeastern Atlantic coasts.